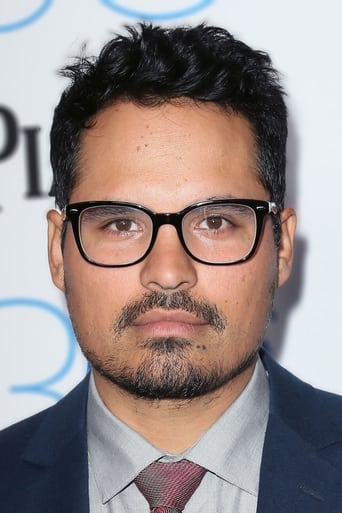 Michael Anthony Peña (born January 13, 1976) is an American film and television actor, probably best known for his prominent roles in Crash, Observe and Report, and Oliver Stone's World Trade Center. He also appeared in the Nickelback music video for their song Savin' Me. Peña portrays Luis in the Ant Man film series in the Marvel Cinematic Universe, appearing as the character in Ant-Man (2015) and Ant-Man and the Wasp (2018). Description above from the Wikipedia article Michael Peña, licensed under CC-BY-SA, full list of contributors on Wikipedia.